Reasons to Build Microservices with Node.js 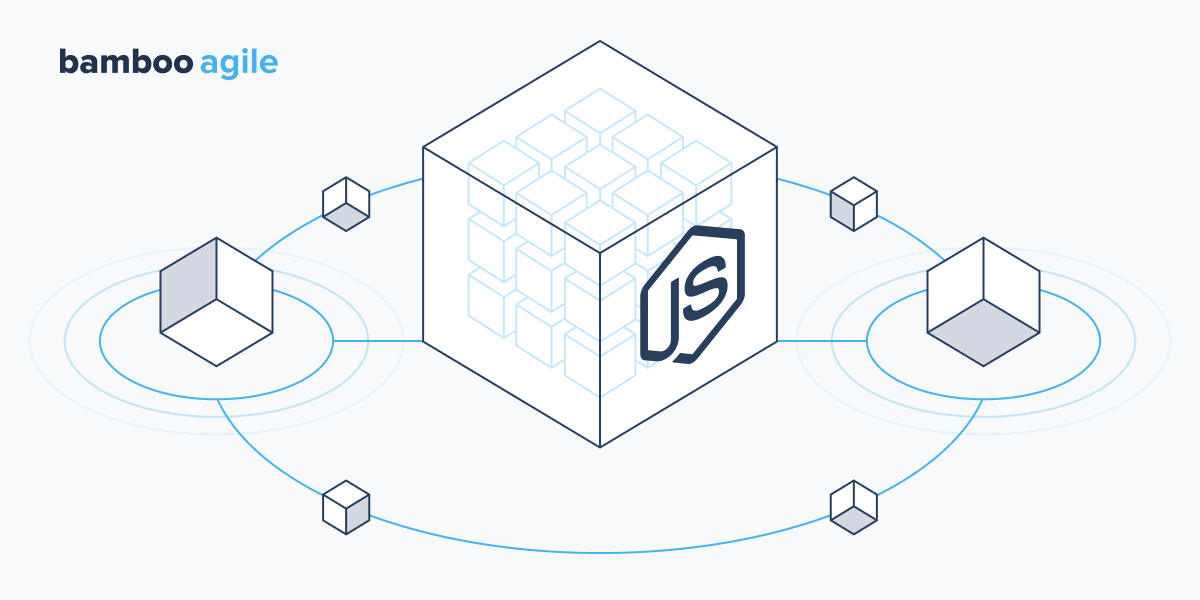 Many people think that microservices are very difficult. But in fact, given the right approach, this is not the case at all.

Microservices are very popular today, and the true adherents of this architecture almost bow to everything that says “microservice”. However, fanaticism aside, this method of software development is a worthy step forward for the industry, and microservices can forever change how application backends are built. There is a lot of information noise around microservices, so it is worth highlighting the really important features of this architecture and working on making it easier to implement and use it where it is really needed.

What is a Microservice

The microservices architectural style is an approach in which the system is built as a set of independent and loosely coupled services that can be created using various programming languages ​​and data storage technologies. These functional modules are independently deployed, scaled, targeted to specific business goals, and communicate with each other over standard protocols such as HTTP, APIs, and lightweight asynchronous messaging.

The main advantage of the microservices architecture is that modules can be implemented using different programming languages, have their own databases, and be deployed in different software environments such as on-premises or in the cloud.

Pros and Cons of the Microservices Architecture

As with any other decision, to make it, you have to consider all the pros and cons. Let’s take a closer look at the advantages and disadvantages of microservices to see if this technology is the best choice for you.

Our blog has an article about migration from monoliths to microservices. Feel free to read it!

Why Use Microservices with Node.js

Node.js is well suited for microservices. It is very fast at runtime, single-threaded, event-driven, highly scalable, and comes with asynchronous libraries, as well as smaller buffers.

Some of the obvious advantages of using modern approaches and software development technologies, such as microservice and Node.js, are listed below:

Large-scale systems are difficult to understand, build, and maintain because they are complex. With Node.js microservices, those systems become extremely easy to update, deploy and manage, since they are split into smaller independent components.

Developers should not interfere with each other’s tasks when workflow development is simplified. They are just working on the relevant parts of the application being developed.

Node.js is great for microservices architecture, allowing developers to create small components that easily fit into a continuous delivery pipeline to speed up time to market.

Node.js microservices allow you to scale only the parts you need, saving you time, effort and, as a result, money.

You don’t need to deal with another Nginx or Apache instance: the web server is included in JavaScript. With Node.js, you can also say goodbye to things like FPM, because JavaScript is a single-threaded language.

Node.js uses a modular approach to application development, allowing developers to use the microservices architecture for faster and simpler step-by-step updates. In addition, since the Node.js microservices system is loosely connected and independent, developers will have no problems with its maintenance.

The process is simplified by the absence of complex monolithic code. This way, developers can easily add new features to the app. Even when making updates, they can gradually improve the system, instead of investing heavily in large-scale rewriting. This approach is facilitated by the functionality of Node.js, since it allows for a service-oriented and modular structure.

Easy to Use, Install, Integrate, and Maintain

Compared to Java programming, .NET, and Python, NodeJS code is easier to set up and maintain. It doesn’t require any complicated configuration settings. Node.js allows you to quickly develop and configure APIs using such frameworks as Express, Sail, and Hapi.

API calls and message intermediaries are the most common ways microservices interact. Most modern message brokers integrate with Node.js easily and quickly, and as a whole, Node.js is best suited for distributed systems.

Node.js has a package manager with several modules that developers can instantly use. This saves them a lot of effort in the application development process. Also, applications in Node.js are written in JavaScript. This allows interface developers to easily understand what is going on and lets them make the necessary changes to the applications.

One language can be used across the entire stack. In addition, developers can use the same modules both in the backend and in the external interface. This helps them save an incredible amount of time while increasing the productivity of the process.

Data replication is important for microservices that interact well with Node.js. In addition, developers can take advantage of NoSQL databases.

In fact, this is an alternative approach to the traditional tabular database model. Using Node.js, developers can optimise the benefits of this feature. It is often available for free on the market.

Thus, the low learning curve of JavaScript, the flexibility and, scalability of Node.js, as well as its API support and ease of microservices development in microservices will benefit organisations and allow developers to create business-oriented applications that meet business goals.

From learning the microservices architecture for your next project to completing the deployment of the application — here we’ve grouped the best practices into categories reflecting the growth stages of the software development lifecycle (SDLC).

For Planning and Organisation

Support everyone with your idea: the transition from monolithic architecture to microservices is a long and painstaking process that affects not only the development team. Form teams based on microservices, where each microservice is treated as a separate application.

When Designing a Microservice

Make distinctions between your microservices and your business functions and services. If you do this, you can avoid creating microservices that are too big or too small.

Create loosely coupled services with extensive connectivity that span a single limited environment. This ensures that the microservice will be used in only one context, resulting in domain-driven design (DDD).

When setting up communication between services, use API and events instead of having the services call each other directly. Create an API gateway that manages authentication, service requests and responses, and throttling. If you have an API gateway, you can quickly redirect traffic to the updated version of your service.

And of course, always consider potential security flaws in the design of microservices.

When It Comes to Creating a Microservices Architecture

For Data Storage and Administration

Each microservice should have its own database or data warehouse. Choose a database that meets the requirements of your microservice, adapt the architecture and storage to the data it will contain, and don’t use it for anything else.

For Deployment and Hosting

Deploy your microservices separately: this saves time when working with multiple teams during scheduled maintenance or upgrade projects.

Make your microservices a separate assembly and automate the deployment process.

For Operation and Maintenance

Use a centralised registration and monitoring system. A centralised logging system ensures that all microservices send logs in the same format, storing logs separately for each service.

The microservices architecture and Node.js are so closely related that it seems like they were created for each other. Both have the same main goal (same approach, different execution time): develop scalable applications faster to save time and money. Using Node.js you can develop microservices in various ways.

But while microservices are great, building a scalable microservices application on any platform requires a lot of work. You have to think about things like cluster management, organisation of services, communication between services, and so on.

So, if you think your business idea will work well using microservices, or maybe you want to rebuild an existing application to make it more modern, contact Bamboo Agile. Our specialists are going to be right there to help you!