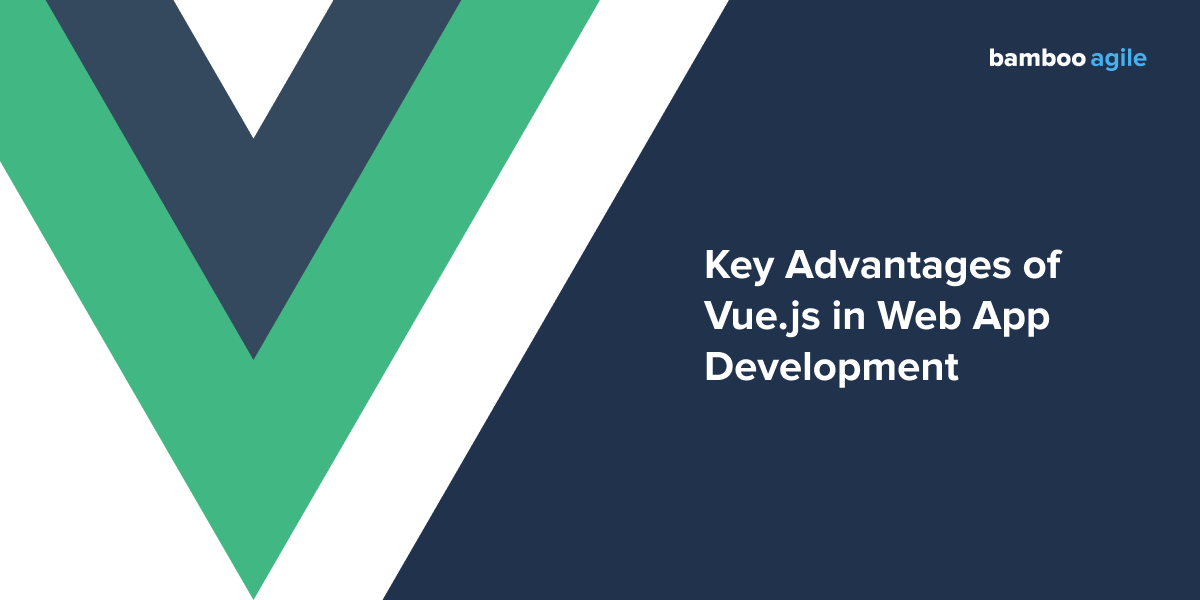 For years, JavaScript has been providing an ecosystem in which frameworks flourished. It provided developers with the basics that were used for smoother web development. With 3.1 million downloads per week on NPM and 196,000 GitHub stars, Vue.js has caused a stir in the web developer community.

In this article, we will look at what Vue.js is, as well as at the pros and cons of the Vue.js framework.

Vue.js is a progressive framework for developing user interfaces and single page web applications in JavaScript. It solves the problems of the presentation (view) layer and simplifies working with libraries. Vue.js can be implemented incrementally, which makes it different from many other frameworks. The main purpose of Vue.js is in the creation of modern UI prototypes in a short timeframe.

Vue.js is used for development in such companies as Alibaba, Twitter, Facebook, Baidu, EuroNews, Xiaomi, Sina Weibo, and others. It’s included in the core of the Laravel and PageKit frameworks. New versions of the product appear several times a year. Each has a name taken from anime, manga, and science fiction. The latest version 3.2 was released in 2021 and is called Quintessential Quintuplets. At the moment, it is one of the most promising frameworks on the market: it is flexible, fast, and actively updated.

Vue CLI is a system for rapid development and prototyping of Vue.js. It consists of various components: CLI service and CLI plugins. The latest version of the utility has a graphical interface for project management.

Vue CLI aims to be the standard toolkit for the Vue ecosystem. It keeps various build tools running smoothly and sets reasonable defaults so you can focus on developing your app instead of spending days tweaking it. At the same time, it has the flexibility to customise the configuration of each tool without having to extract the configuration into a separate file.

Vue-Router is a package that allows you to configure routing for Single Page Applications.

SPA refers to a web application that only serves a single index.html and renders content dynamically, which is how most modern JavaScript frameworks like React.js or Vue.js are usually configured.

Vue-Router is a must-have tool if you’re building any Vue.js single page apps, it gives you the necessary flexibility to control user navigation to the fullest.

Vuex is a state management pattern + library for Vue.js applications. It serves as a centralised data storage for all application components, with rules to ensure that their state can only be changed in predictable ways. Vuex integrates with the official vue-devtools (opens a new window) extension, providing out-of-the-box advanced features, such as a time machine for debugging and the export/import of data snapshots.

Vuex helps manage shared states at the cost of introducing new concepts and supporting code. It’s a compromise where short-term productivity suffers for the benefit of long-term productivity.

Vue-loader is a webpack loader that allows you to use Vue components in a format called “single-file components”.

In a nutshell, the combination of the webpack and Vue-loader gives you a modern, flexible, and incredibly efficient approach to writing client applications with Vue.js.

Any popular framework has its own devtools extension, which usually adds a new panel to the browser’s developer tools that is much more specialised than what the browser ships by default. In this case, the panel will allow you to inspect your Vue app and interact with it.

This tool is a great help when creating Vue applications. The developer tools can only validate a Vue app when it’s in development mode. This ensures that no one can use them to interact with your production app (and makes Vue more performant because it doesn’t have to take care of developer tools).

Vuetify is an open source MIT project for creating user interfaces for web and mobile applications. This is a project supported by sponsors and volunteers from the Vue community. The project is also supported by an active Discord community forum where you can ask JavaScript questions, even if they’re not about Vuetify. The development team strives to fix bugs and provide improvements through consistent update cycles. There are also weekly patches to address community issues.

Vuetify supports all major browsers out of the box. Older browsers like IE11 and Safari 9 might work too, but it will require babel-polyfill. Anything older than this is not supported. Vuetify is built to be semantic. This means that every component and sermon title you learn will be easy to remember and reuse without frequent documentation checks.

Vuetify also comes with free/premium themes and ready-made layouts that you can use to quickly theme your app. At the time of writing, Vuetify v1.5.13 is the most recent version, which uses the Material Design Spec v1.

Vue.js is popular because it lets you integrate it into other frameworks such as React, allowing you to customise the project to suit your needs and requirements.

It will help you build Vue.js apps from scratch and embed Vue.js elements into their existing apps. With its ease of integration, Vue.js is becoming a popular choice for web development as it can be used with a variety of existing web applications.

Feel free to include the Vue.js CDN and start using it. Most third-party Vue.js components and libraries are available and supported through the Vue.js CDN.

You don’t need to set up the node and npm to start using Vue.js. This means that it helps to develop new web applications and modify older applications with ease.

The variety of components allows you to create different types of web applications and replace existing frameworks. Alternatively, you can also choose to hire Vue.js developers to use the technology to experiment with many other JavaScript applications.

One of the main reasons for the growing popularity of Vue.js is that the structure is easy for people to understand, which makes it very simple to add Vue.js to existing web projects.

Also, Vue.js has a well-defined architecture for storing your data with both lifecycle and custom methods. Wu.js also provides additional features such as observers, directives, and computed properties, making it extremely easy to build modern applications and web solutions.

Another significant benefit of using Vue.js. is that it makes it easy to build small and large scale web applications in no time.

You don’t need to spend hours looking for solutions to your problems.

While the focus of Vue.js is on the view layer, with the Vue Router, Vue Testing Tools, Vuex, and Vue CLI, you can find the solutions and best practices for common problems.

Most problems fall into these categories, hence it becomes easy for programmers to jump right into writing code without wasting any time figuring out how to use these tools.

The Vue.js ecosystem is highly customizable and scalable between the library and the framework. Compared to other frameworks, its development speed is excellent, and the platform can integrate various projects. This is the reason why most website development companies also prefer Vue.js. The JavaScript ecosystem is simply superior to others.

Another significant benefit of using Vue.js is that it makes it easier for developers to work with tools like templating engines, CSS preprocessors, and type checking tools like TypeScript.

Vue.js encourages two-way communication. This is made possible by the MVVM architecture that handles HTML blocks. Thus, Vue.js is very similar to Angular, which also makes it easier to process HTML blocks.

This is also one of the reasons why Vue.js is also known as reactive: it can react to changes made to the data. This makes it different from other libraries like React which are designed to support only one-way communication.

One of the most important things in software development is well-defined documentation, since it helps you understand the mechanisms required to build your application with ease. It shows all the options offered by the platform and the best practices for each.

Vue.js has great docs and its API links are some of the best in the industry. They are well written, easy to understand, and easy to use, thanks to containing everything you need to know to build a Vue.js app.

In addition, the documentation for Vue.js is constantly being improved and updated. It also includes a simple introductory guide and an excellent overview of the API. This is possibly one of the most detailed pieces of documentation available for this type of language.

The platform support for Vue.js is impressive. Back in 2018, the community answered every possible question in great detail. Over 6,200 issues have been resolved with an average resolution time of just six hours.

There are frequent update release cycles to support the community. In addition, the community continues to grow and develop with the support of the developers.

Why is Vue.js so Popular?

Vue.js has become a revelation in recent years. Suddenly, it grew from an ordinary development to one of the most beloved frameworks among professionals.

It is noteworthy that its popularity has grown without the support of large companies. The giants of the market only started to pay attention to Vue.js after a sharp jump in public interest. That is why it has come to be the third framework in the long confrontation between React.js and Angular.js.

Vue.js stands out right now because it has a huge number of features. Some may even act as disadvantages. For example, Vue.js is very flexible. But when working on large projects in a large team, this can contribute to creating more errors.

After Vue.js began to show its large array of features, it earned the attention of multiple market giants, including Gitlab, WizzAir, and EuroNews. Grammarly is built entirely on top of Vue.js, while Alibaba and Xiaomi announced that they were completely moving to Vue.js in 2018.

In addition, the framework is in great demand in the modern Asian market. Because of that most of the discussions and usage tips are described in Chinese. Don’t know the language? Too bad, you’ll have to limit yourself to the official documentation and English recommendations.

While the development environment has suddenly become extremely popular, the demand for Vue.js developers has not increased to the same extent. So, LinkedIn only has 8,000 open vacancies for the “Vue.js” query, and Indeed only has about 4,000.

When is Vue.js the preferred choice?

Trends in frontend development do not form quickly: it can take several years for a technology to become common practice. Our experience shows that the following trends will be relevant in 2022 with a high degree of probability:

The semantic layout of Vue.js deserves a separate mention. It is not related to any framework, but allows you to index your site in search queries, as well as to view the application from the screen of a mobile device.

Considering these trends, it is safe to say that the majority of mid-sized and large frontend projects in 2022 will still use JavaScript frameworks such as React, Vue, and Angular. To choose the right framework for one’s project, the customer has to understand the market demand for it. This will affect whether they will find the developers they need and how quickly they might have to change them.

Vue.js was created in 2013 by Ivan Yu. Now, it’s one of the most popular JavaScript frameworks. Developers appreciate Vue.js’ easy-to-use syntax, clean formatting styles, and good compatibility with other infrastructures. It certainly lives up to the hype with all the features that it already has and will gradually implement, succeeding where dozens of other platforms fail.

So, if you want to create something with Vue.js features and functions, you can get in touch with us. Just fill out our form and one of Bamboo Agile specialists will contact you soon.