Difference between Quality Assurance and Quality Control (QA vs. QC) 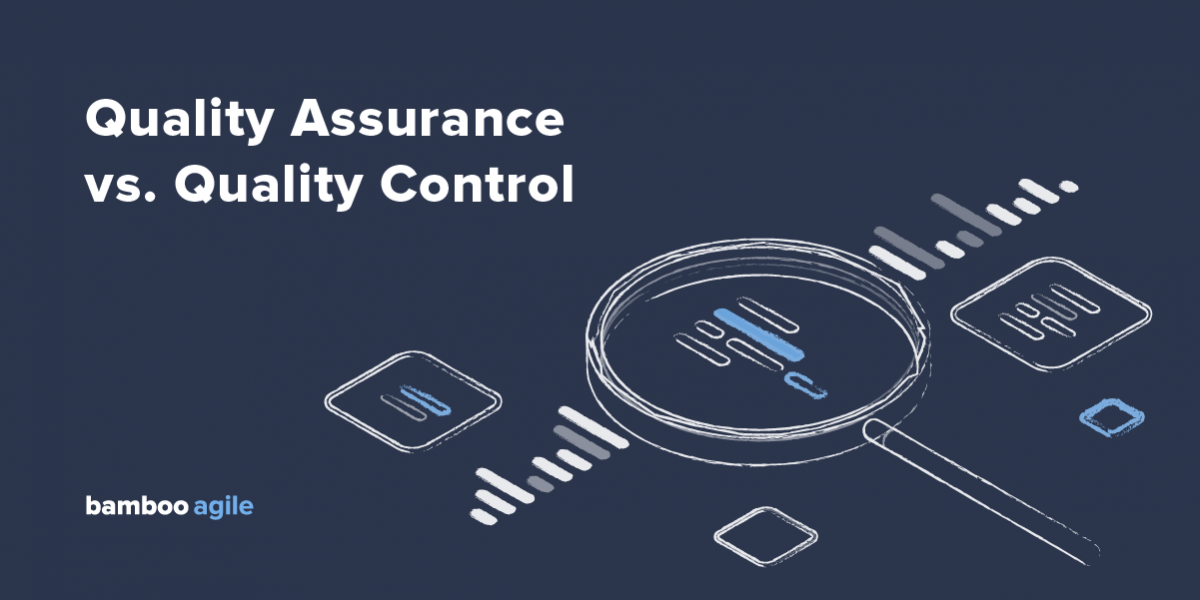 What’s the first thing that comes to mind when you hear the terms “Quality Assurance” (QA) and “Quality Control” (QC)?

Over the many years, we’ve spent developing software, we’ve regularly used the term “QA” when referring to a complex of actions that have to be carried out at every single stage of a digital product’s life cycle. That said, we barely use the term “QC”, since it’s not so well-known. So what do these two notions mean, when do we tend to mix them up, and why is it important to know the difference between QA and QC? Let’s find out.

A bit of personal experience

We often get software project ideas from clients, who do not understand why QAs are required in the first place, saying that they can test the product by themselves. They assume that QA is merely the process of testing the product for defects, and that it takes place only when a new feature is released – that is a common myth, which prompts other companies to dismiss QA services in favour of doing QC only. Perhaps, this happens due to misinterpreting the meaning of the terms, which may result in having to make expensive corrections to the end product because of the previously overlooked disparities in the project documentation.

The client often assumes that QA is a “smoke test”, or a type of testing that determines whether the main project features function properly, with some “research testing” also thrown in for maximum test coverage.

When we discuss QA with our Potential clients, the bare minimum of information we provide is:

This is far from a full list of all the QA services carried out during development. Let’s try to figure out what the process itself implies, below.

Quality Assurance is a series of measures that encompass all procedural and technical stages of development, and involves the use of numerous testing tools for ensuring maximum possible quality and customer satisfaction upon the product’s release.

The difference between them lies in the fact that QC is a part of QA. While QA is oriented at the testing process and its elements, QC is oriented towards the execution of testing by launching the program and finding defects that need correcting.

Several questions arise when we try to get to the essence of QA and QC:

So, generally speaking, Quality Assurance can be described as “the process or the result of forming the necessary qualities and characteristics of a product during its development” (the full definition is a little broader, but we’ve outlined the most crucial part).

This definition works for software products, as well as for any man-made goods, since all of them have certain quality quotas or performance expectations.

We’ve already determined that QA is “the process or the result”. Let’s split the whole definition into three parts and then go through them point by point.

Let’s use the Waterfall model as an example:

QA plays an important role over the course of the whole SDLC. You can learn more about SDLC and STLC in our What is Software Testing Life Cycle article.

Introduction of testing specialists during the requirement phase is considered good practice. The QAs will be able to discern logical inconsistencies in the client’s requirements: say, possible conflicts with product filters in cases where some of them belong to overlapping categories, or the logic behind the parameters at the check-out. Conflicts in admin rights distribution are very common, as well as issues with returned merchandise authorization (RMA).

Referring to the start of the article, let me remind you that Quality Control is:

Essentially, you can define QC as “product quality as it is here and now”. QC specialists check the solution for bugs and mistakes. The main goal of a QC specialist is finding and fixing the bug.

QC is directly tied to testing, and these days, the notion of “testing” often extends past being a separate step in the overall development process. This happens because of projects becoming more and more complex with time, which in turn leads to Quality Control gaining its own identity, with its own unique tools and metrics.

By separating these two notions, we can identify Testing as a completely new element within QC, complete with its own clear definition:

Testing is the process of comparison between the expected and the factual result with the added responsibility of writing test cases and keeping them up-to-date, plus extra low-level activities.

Let’s see the difference between Testing and QC by using the same online store example.

Conditions:
It’s the second iteration of our online store, and we’re in the pre-release stage.
The tests for the first version’s functionality are automated at this point.

The main difference between QA and QC

So, what’s the difference between Quality Assurance and Quality Control?

QA occupies the topmost level, QC takes the middle, and Testing is on the lowest one – but it’s not separate, and acts as an integral part of QC.

Of course, the levels differ in both their meaning and function, where:

All these can be summarised in a table:

You can experiment with complex QA or pure QC as much as you want, but keep in mind that by dismissing anything, you invite bugs into your project.